Before settling down in Wolfville, Darren graduated with a physiotherapy degree from Dalhousie University in 1985 and achieved his Certificate in Sports Physiotherapy in 1992. Since then he has been fortunate to have worked with many individuals with sports and orthopaedic disorders, and has been involved in sports event coverage at all levels including the Paralympic Games, World Figure Skating Championships, & the Canada Games. Locally, he has enjoyed working with the Valley Wildcats Major Midget Hockey Club and the Horton High School Football Team. He enjoys working with Acadia University varsity athletes, students, faculty and staff, as well as many members of the surrounding communities. He believes strongly in a positive, progressive and proactive approach to health care while emphasizing education and an active lifestyle. Darren is married to his wonderful wife Ann and is the proud father of Wesley & Daniel. He tries to keep fit with running and weight training and in his spare time he enjoys playing hockey, golf, tennis & learning to play the guitar. However, he won’t be leaving his day job anytime soon! 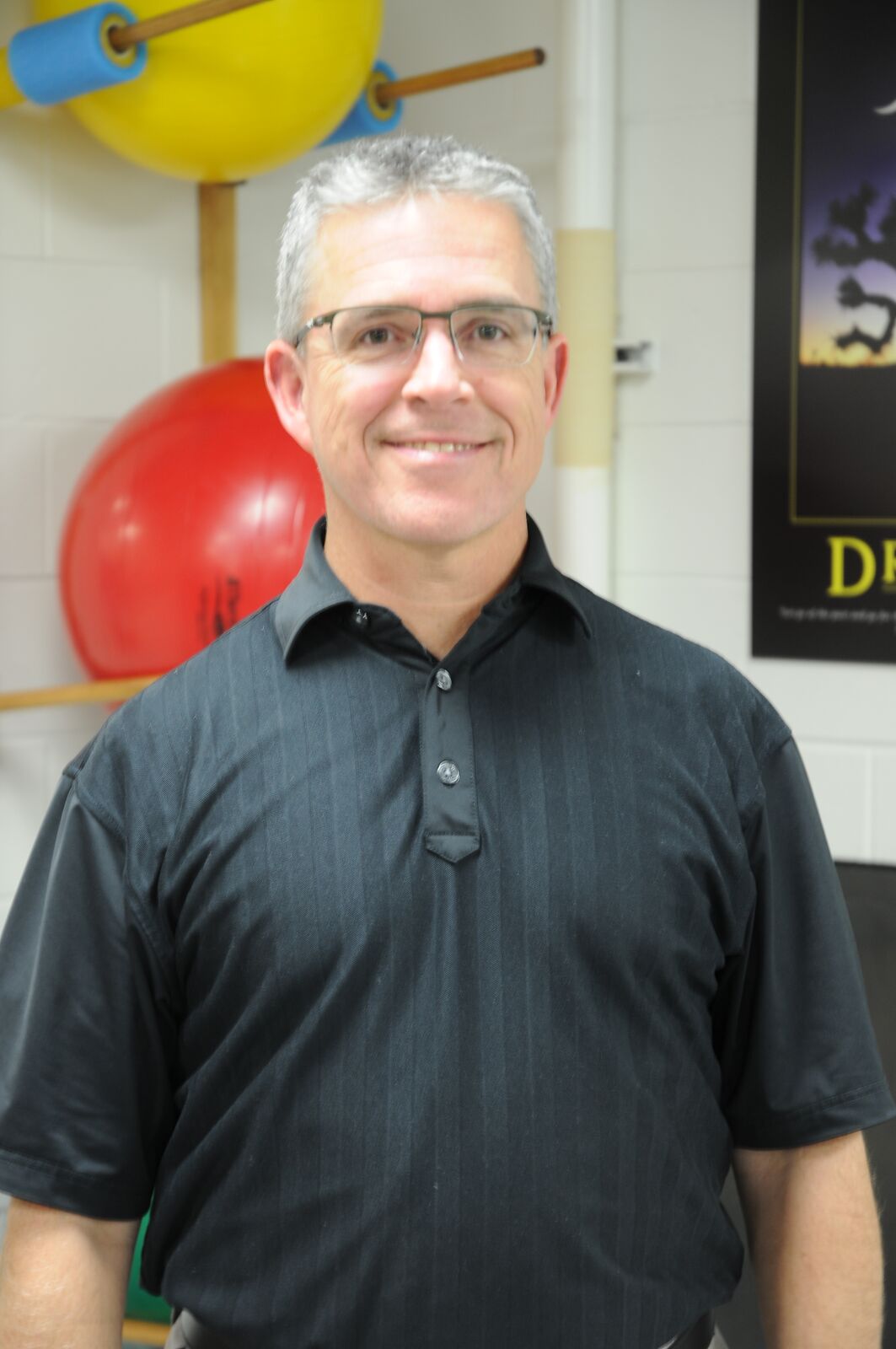 Ann received her Bachelor’s Degree from Queen’s University in Physical Education (1980) and her Masters Degree from the University of Alberta in Athletic Therapy (1984). During her earlier professional career, she was fortunate to travel as part of the Canadian medical team to the 1981 Universiade Games in Edmonton, the 1983 Commonwealth Games in Glasgow, and the 1988 Olympics in Seoul. In the mid-80’s, she was the team therapist with the Canadian Women’s basketball team. From 1987-1991, she held the Head Athletic Therapist position at Saint Mary’s University. Presently, she is the Acadia Sport Therapy Clinic’s ‘Jack-of-all-trades’ performing a variety of tasks which include: teaching taping courses, researching, maintaining, and restocking of clinic equipment/supplies, doing small repairs/modifications in the clinic, covering for the front desk staff, and seeing the occasional client that drop-ins for advice. Outside of work, she enjoys curling and walking with friends. Recently, she has taken up the challenging sport of golf which she can now do with the rest of the family. Ann also volunteers for a variety of community causes. Originally from Halifax, Darren and Ann decided to move to Wolfville before starting their family of two boys, Wesley and Daniel. They are very pleased with their decision to live in such a lovely part of Nova Scotia! 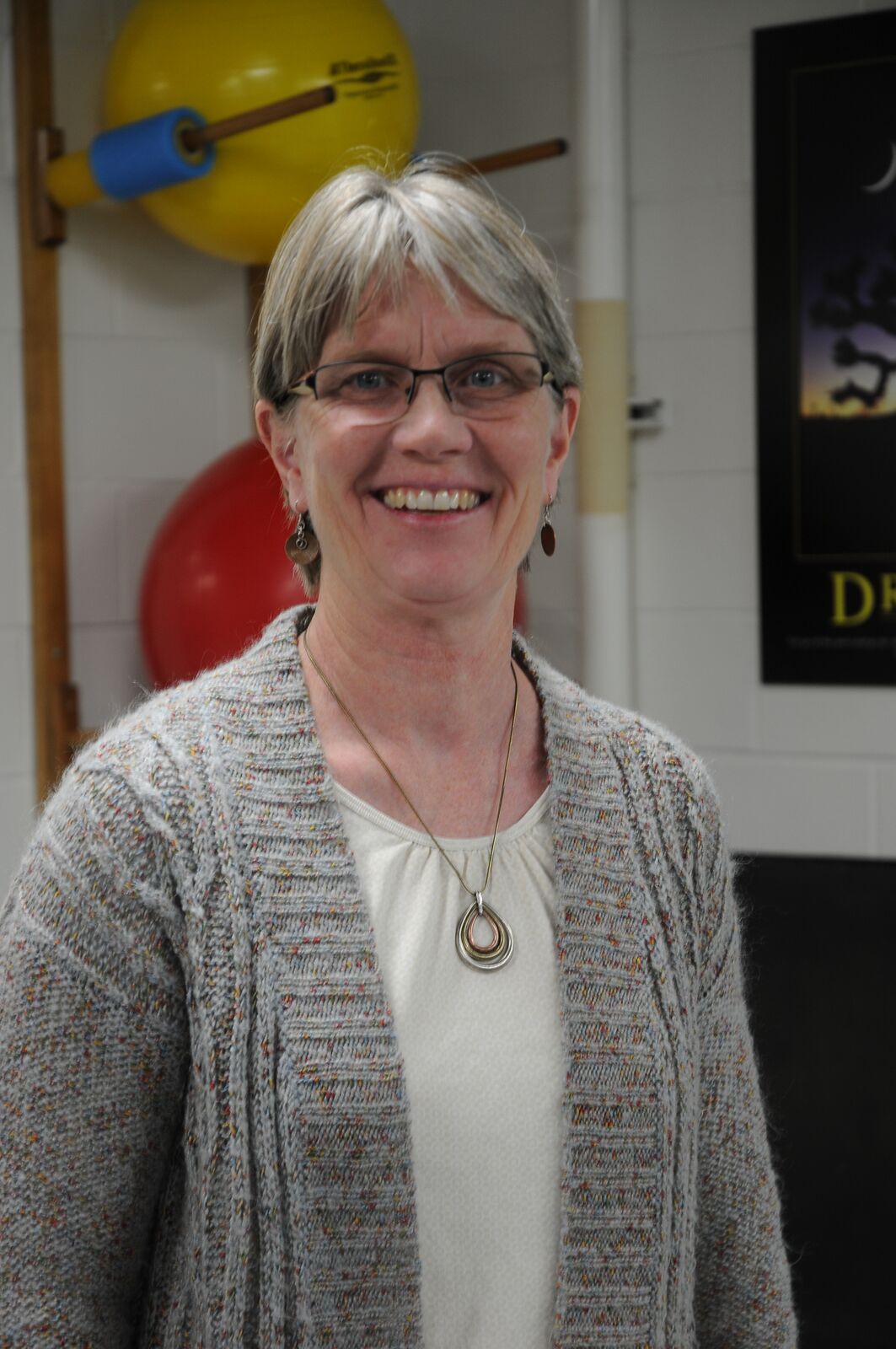 Chris graduated from Acadia University in 1992 with a Bachelor of Science degree in Biology and then went on to McGill University to study Exercise Physiology at the graduate level. Subsequently he attained a Bachelor of Science in Physiotherapy from Dalhousie University in 1998.  Chris began working in Lower Sackville, Nova Scotia, for Jill Robertson (Chief Clinical Instructor with the Orthopaedic Division of Physiotherapy Canada and Instructor at the Dalhousie University School of Physiotherapy) who acted as his post-graduate mentor in orthopaedic manual physiotherapy. Chris has spent the last 15 years working as an orthopaedic physiotherapist at the Acadia Sports Therapy Clinic at Acadia University. He volunteers his time to serve the community and to mentor kinesiology students in a clinical environment. Chris received an Intermediate Certificate in Orthopaedic Manual Physiotherapy from the Orthopaedic Division of Physiotherapy Canada in 2001 and continues to be an active member of this group. On a personal note, Chris enjoys spending time with his family and friends. He is a strong supporter of a physically active lifestyle having been involved with and having played a number of sports. He has also been dedicated to cycling, trail running, hiking (with his dog “Lola”), snow shoeing and he also loves to play in the waves with his body board in the Atlantic Ocean. Chris's treatment philosophy has always included a very proactive approach to patient care. He uses the “best-evidence within our profession” to help his patients recover from their injuries, to restore their functional ability and to ultimately help them return to what they love to do. His interaction with his patients begins with a very comprehensive assessment subsequently developing an individualized treatment plan.  Chris takes a very manual/hands-on approach to patient care with exercise prescription and patient education playing an essential role.  He takes great pride in empowering his patients with knowledge and an understanding of their injury.  He is very passionate about his work and loves working in our positive environment.  He was always taught to treat others as he would want to be treated. 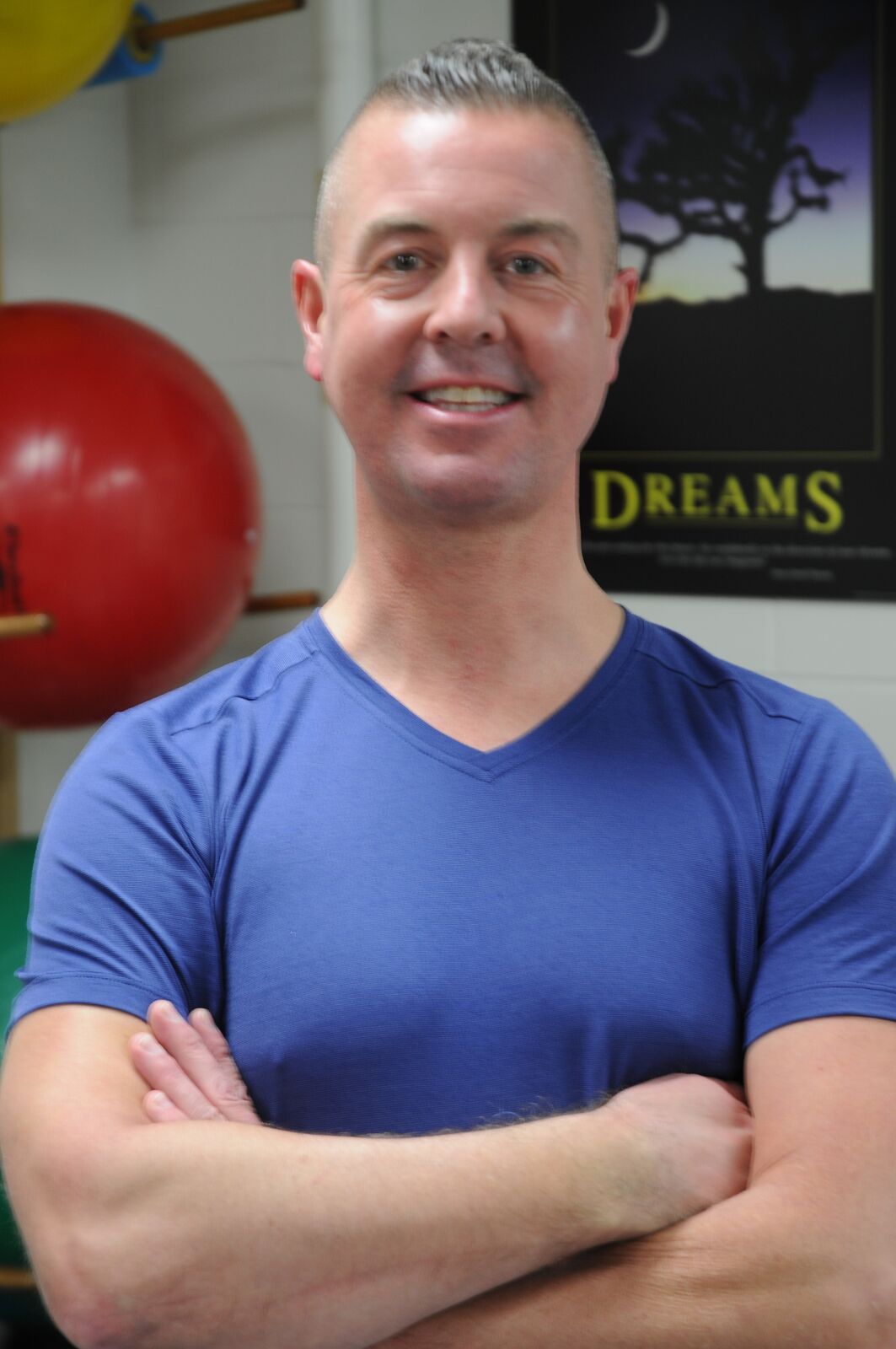 Kyle is a passionate physiotherapist looking to be a positive impact on his patients’ lives. He completed his physiotherapy degree at Queen’s University in 2018 and his human kinetics undergraduate degree at the University of Ottawa in 2016. Over the course of his university
studies, Kyle furthered his understanding of human movement by gaining experience as a student athletic therapist, personal trainer, student athlete, and volunteer at a wide variety of physiotherapy clinics. From pain-felt injuries in his own sporting career, to working with athletes
and varsity athletic teams, Kyle learned first-hand how important a physiotherapist’s role can be when recovering from injury. Since graduating, Kyle has worked in the private practice physiotherapy setting helping individuals with a variety of conditions including sports injuries,
traumatic accidents, chronic pain, concussion and vestibular conditions. He incorporates an exercise-based approach in his treatment along with a variety of skills including manual therapy and acupuncture. Kyle believes in promoting a healthy active lifestyle. On his free time, you can
find him exploring new trail runs with his golden retriever or planning park workouts and games with friends. Kyle is a firm believer in doing well by others, and strives to help patients continueto do what they love most. 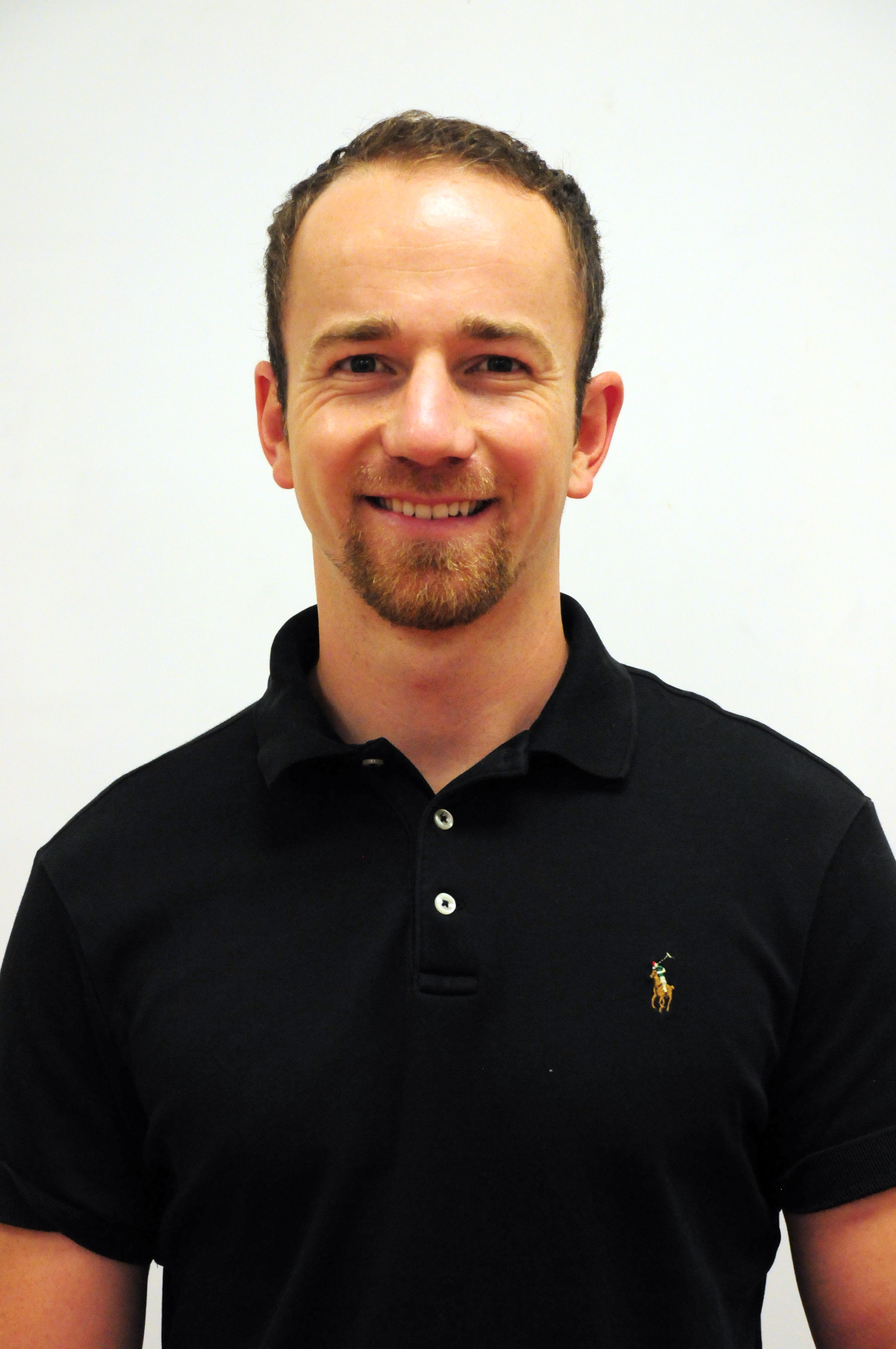 Freeman Churchill, lives in Halifax, grew up in Yarmouth, N.S., and graduated in Recreation from Acadia University in 1975. He went to Dalhousie in 1978 and completed a degree in Physical Education. During the late 70's and early 80's he became one of Nova Scotia's better runners. He competed nationally and ran the 1981 Boston Marathon in 2:34. After finishing school, he was employed by Aerobics First and the Nova Scotia Sport Medicine Clinic. There he helped in the fitting of custom foot orthotics. In 1986 he formed Orthotics East Ltd. where he began fabricating foot orthotics in his own lab. Orthotics East Ltd. operated for more than 30 years and trained over 20 Certified Pedorthists (Canada). Freeman was also instrumental in the development of the Pedorthic Association of Canada, twice serving as president, and seven years as a Board member. He also served as a Board member for the Prescription Foot Orthotics Laboratory Association, an international group working to promote efficacy in foot orthotic therapy. In 1985 Freeman married his wife Elaine who is an Occupational Therapist at the IWK Hospital. They have 4 grown children and 3 grandchildren. He has been doing clinics with the Acadia Sport Therapy Clinic for 20 years. He keeps in shape with swimming, hiking, weights, archery and yoga. In 2019 he swam to PEI from New Brunswick in the Big Swim, a fundraiser for Camp Brigadoon. Freeman plans to retire in Gaspereau where he and Elaine currently spend much of their free time. 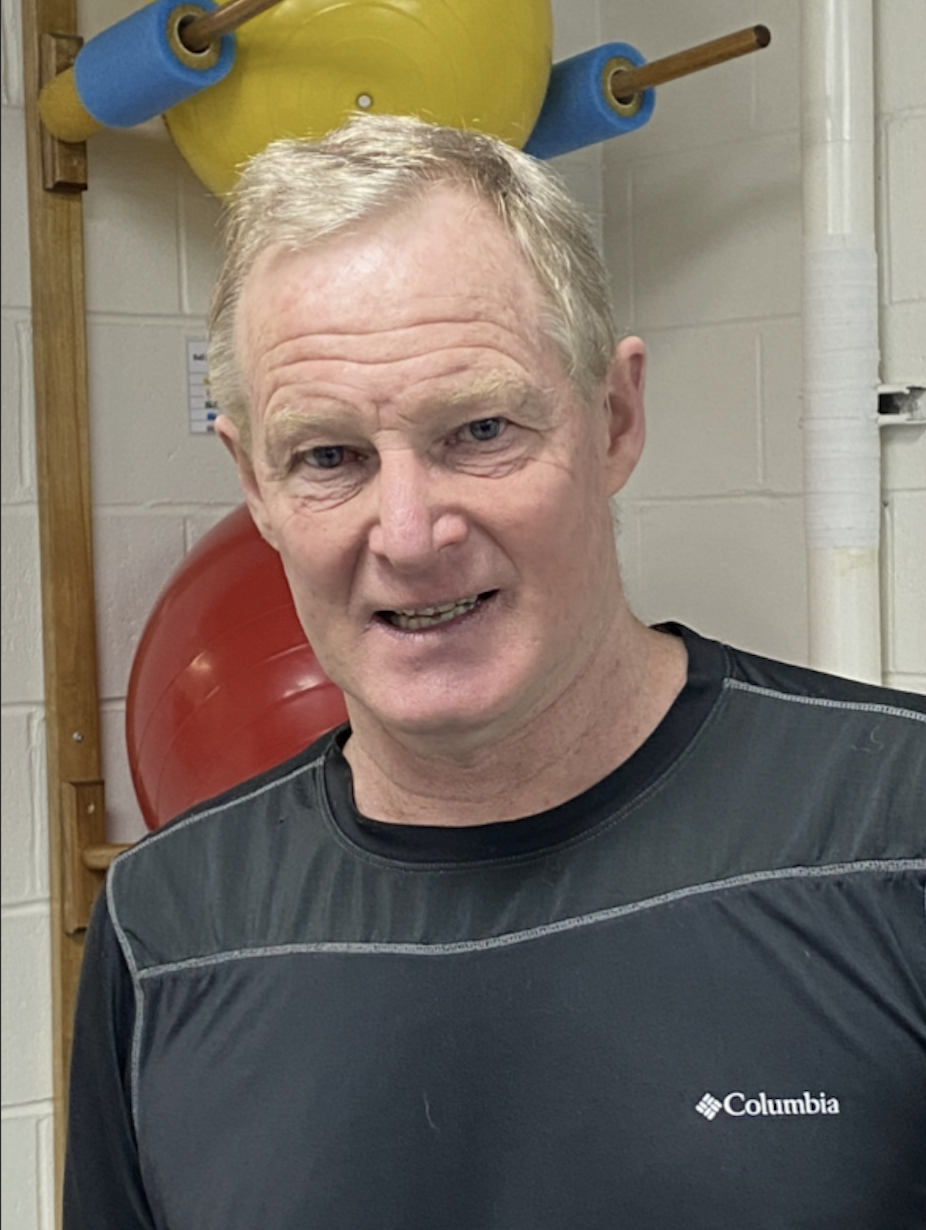 Bernard has been a practising registered massage therapist since graduating from Northumberland College (class valedictorian) in 2000.  He has also worked as a computer programmer, accountant and high school mathematics teacher after receiving Bachelor Degrees in Commerce/Computer Science (magna cum laude) from Saint Mary's University, and Education from Dalhousie University. Bernard is co-owner of Wolfville Massage Therapy Clinic and is pleased to be (once again) providing treatment at the Acadia Sports Therapy Clinic.  Bernard was raised in Dartmouth, NS, and is a canoeing enthusiast.  He was member of the National Flatwater Canoeing Team from 1984-90 and also worked as the Team's Massage Therapist from 2002-2016.  During these years, he enjoyed the privilege of traveling the (canoeing) world to provide treatment and support for athletes competing at training camps, selection trials, Junior & Senior World Championships, Pan-American Games and four Olympic Games culminating with the 2016 Rio Olympics. Following this Bernard became able to better pursue his own 'low-level' canoeing interests, several of which happen on the waterways of the Black River Hydro System.   Prior to moving to the Annapolis Valley 1997, Bernard and family lived in Prince Rupert, BC, Grand Bay East, NL and Kaseda City, Japan. Highlights of these sojourns include fishing and crab trapping from an ocean kayak; scuba diving for this and that; sumo wrestling; and becoming the first Gaijin (foreigner) to compete in the Kagoshima Prefectural Ekiden (an annual five day road running team relay race).  These days Bernard enjoys hiking, snowshoeing, swimming and boxing lessons. 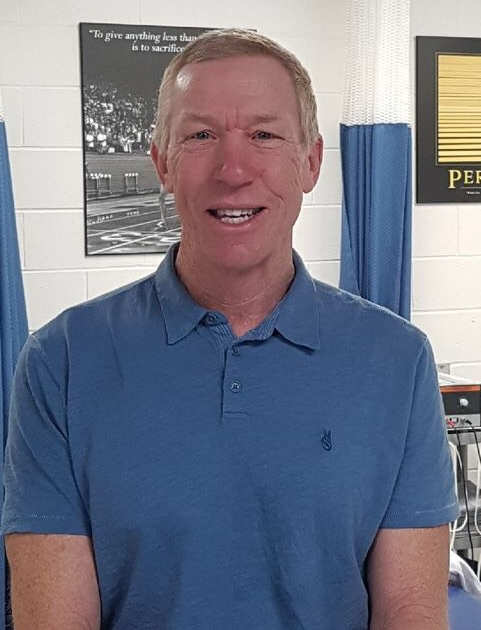 The Acadia Sports Therapy Clinic is excited to have Krystal as the newest member to join our team. Krystal graduated from the NSCC Kingstec Campus in 2008 with a certification in Office Administration. She has extensive experience working in customer service and very much enjoys that aspect of this position. Her past work as an administrative assistant with Muttart’s Law Firm has equipped her with valuable experience that she is eager to use in her current position. Krystal likes helping others, making the Acadia Sports Therapy Clinic a great fit for her. You can experience her upbeat and bubbly personality as soon as you walk through the door. Krystal is also a licensed Aesthetician as well as a Certified Bra Specialist at The Swimwear Hut. She enjoys living in Wolfville with her boyfriend, spending time with her family and friends, as well as travelling and camping. 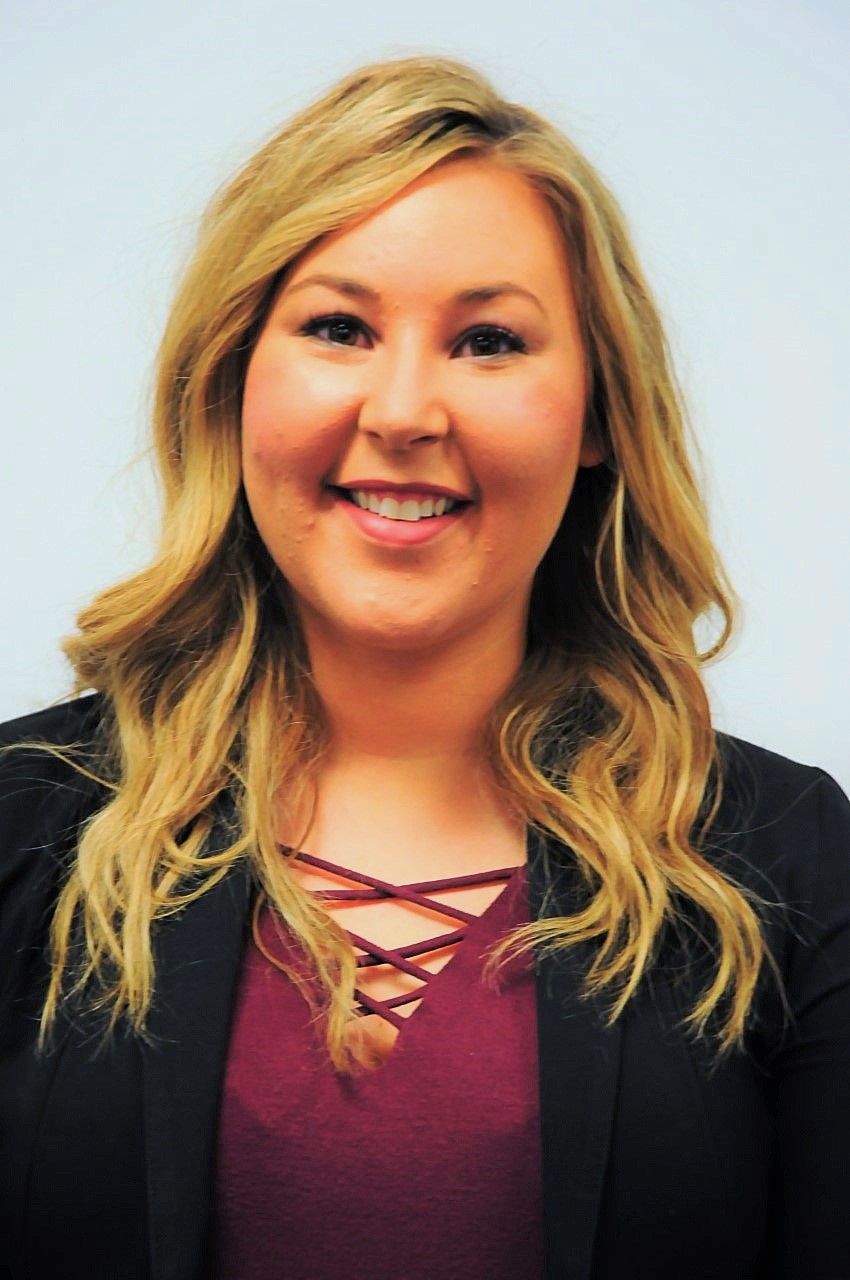 Melissa graduated from Horton High School (the old one) in 1989. She then came to Acadia and never left. Graduating with a BA in German in 1993, she spent a summer in Germany in an insurance company as a file clerk, before returning home to the Annapolis Valley. She works seasonally at the Calendar Club and enjoys the interaction with customers and the retail therapy. She also currently works at the library (behind the scenes) in Acquisitions, processing payments and filing. She started working at the Acadia Sports Therapy Clinic in late August 2017. She enjoys living in New Minas, close to the retail therapy it offers and the karaoke. 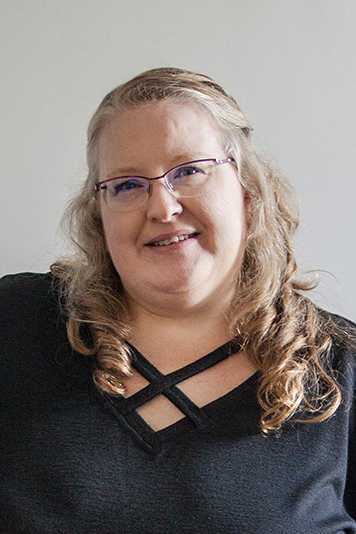 Amanda Arenburg has recently joined the team at the Acadia Sports Therapy Clinic where she has jumped in with both feet. She's taken on the role of Administrative Assistant and often will be the first smiling face you see as you come through the door. Amanda brings with her 15+
years of exceptional customer service, that combined with her passion for helping others, has her very excited to begin her journey with our team. Amanda was born and raised in the Annapolis Valley and still resides in Canning where she is raising her two daughters, Sadie and
Lila. During her spare time, Amanda enjoys visiting with family and friends, exploring our community and taking in the seasonal scenery in the area. 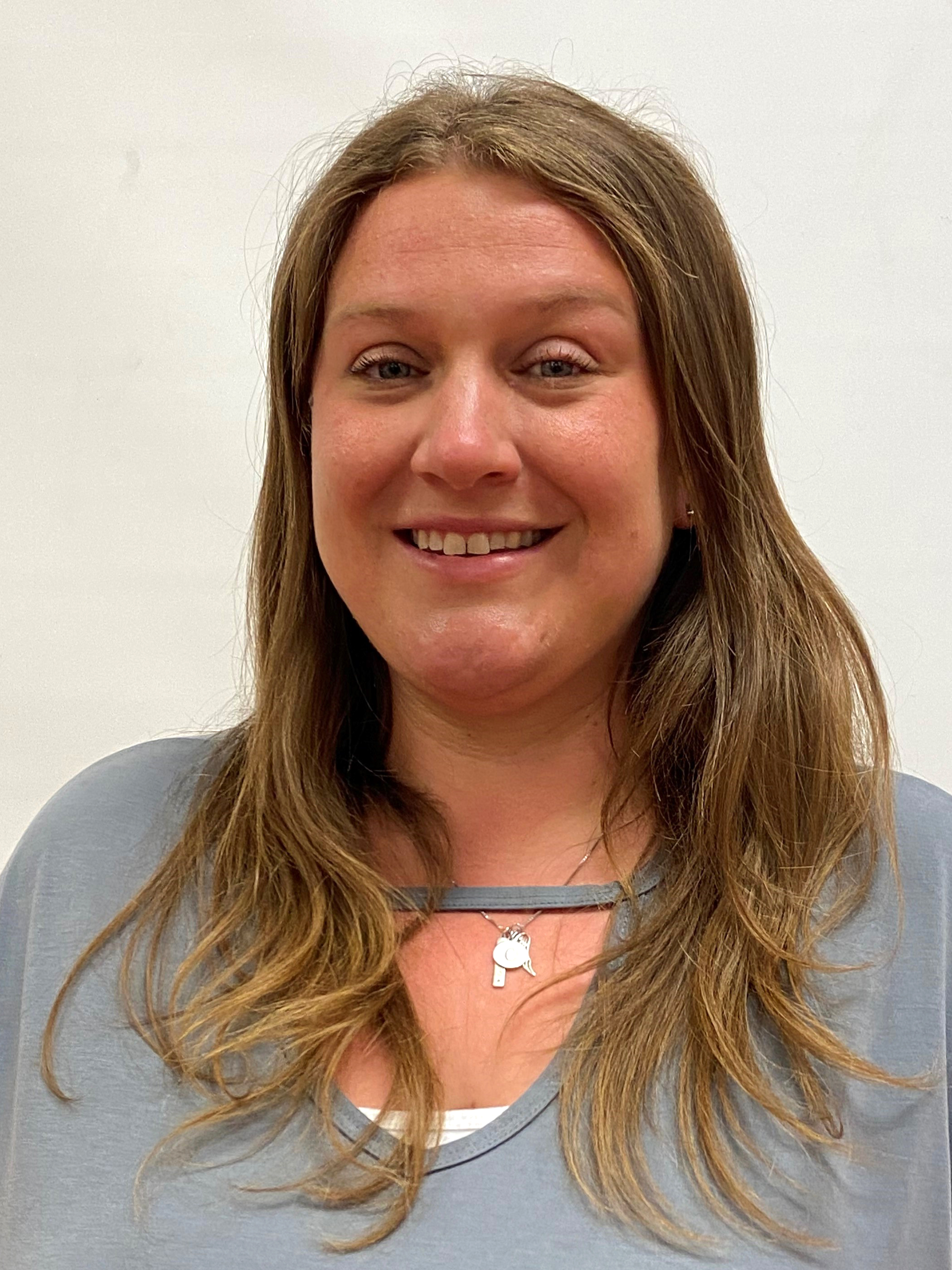